Richard Mills (Millsy) is one of New Zealand’s most seasoned helicopter pilots and a true “salt of the earth” Kiwi!
With over 40 years of international flying experience, he has flown in some of the most challenging parts of the world.
Now he manages Heliworks alongside Sir Richard Hayes, which has grown into one of most established commercial and scenic helicopter companies in the South Island of New Zealand. An extremely selfless and genuine person, Millsy enjoys being a role model and mentor for up and coming pilots who gain both scenic and commercial experience with Heliworks.

As a teenager Richard Mills knew he wanted to fly and by 18 had a private fixed wing license.
Finding fixed wing a little…fixed… Millsy moved to helicopters and was a commercial helicopter pilot by 20. This was in the days before GPS when navigation and map reading skills were vital.

From Invercargill to International, Millsy’s previous roles have seen him working in African game parks, to conducting seismic surveys in oil fields throughout Papua New Guinea. He’s been in the logging industry in Malaysia and worked throughout Mexico and Britain. A little closer to home, he also had the occasional stint in Southland, New Zealand, working in tourism and agriculture.
Helicopter piloting knows no bounds, and work extends across multiple disciplines — sometimes in one day!

Adapted from an article by Rosa Anderson-Jones, Tracplus. (Millsy was too modest to provide his own bio). 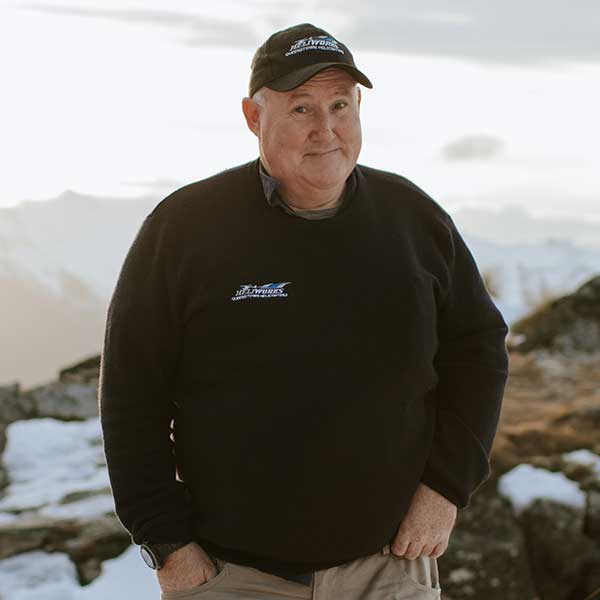