Russ has been flying helicopters for 20 years. This extensive experience has been gained here in New Zealand and Papua New Guinea. He has also held the position of Base Manager in Canada. Russ boasts over 7500+ flying hours.

He has a wealth of experience in both passenger service and commercial long lining work. Russ was our main pilot working with the NCTIR team involved in the Coast Road rebuild following the 2016 Kaikoura earthquake. Much of the slips covering the road needed to be sliuced by helicopter with 100ft long-lines and fire buckets. Russ alone dropped over 15 million litres of water over his 20 months on the job as well as laying 300m long mesh with by helicopter!

When Russ is not flying he spends time with his wife Lisa and two children in Kaikoura. He also enjoys hunting and diving. 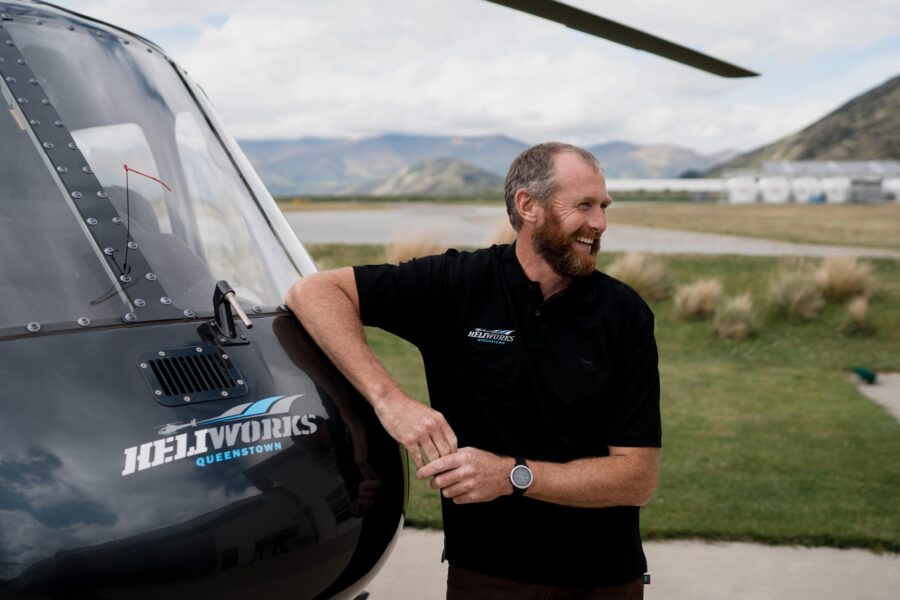